Into the Soundfield: Michael Gerzon and Ambisonics at Oxford - Documentary

A short documentary film and accompanying website to introduce to the public the work of Gerzon and other members of the Oxford University Tape Recording Society (OUTRS) whilst students at Oxford during in the late 1960s and early 1970s.  Gerzon's contributions to the world are recognized by his peers, but now his legacy is being acknowledged beyond the audio industry, as Ambisonics has become the standard immersive surround-sound format of Virtual Reality. 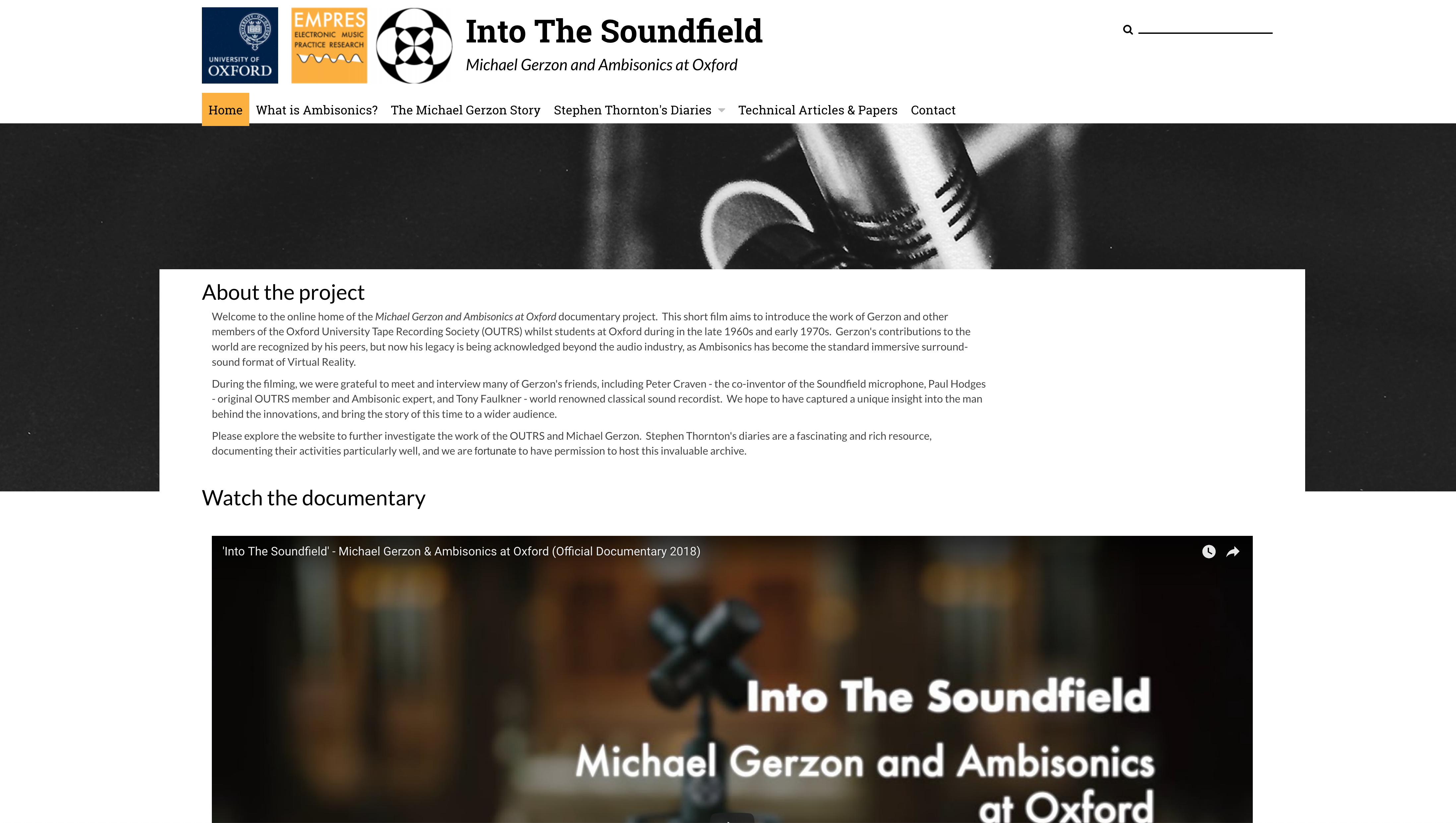